Anyone who isn’t a moneyed plutocrat in the very tiny ruling elite here in Boston – Marty Walsh, John Fish, Charlie Baker, and Shirley Leung, I’m looking at you – likely understands that yesterday’s announcement that Boston “won” the USOC nomination for the 2024 olympics is a Very Bad Thing.  The Boston 2024 group has existed for about a year and, chaired by Fish, has been trying to essentially shame the populace into believing that if we do not do this thing, invite the world to come here for a 3 week-long party 9 years from now, we’re provincial losers and that Boston isn’t fit for the world stage.

To put it bluntly, the people at Boston2024 are liars.

Boston, which I have called a “pisspoor myopic backwater” myself elseweb, is an international city with some amazing things to recommend it.  We have world-class arts, culture, science, and education here.  It’s no accident that we have so many flourishing businesses and innovation here, we’ve got one of the largest concentrations of universities and colleges per square mile anywhere in the world.

What we also have is a small landlocked city that is made up of historic neighborhoods, some of which are poor, some of which are not.  We have a city with a history of racial disparity, serious racist issues, and a very serious problem when it comes to handling anything that vaguely smacks of terrorism.  Anyone other than me remember the lightbright fiasco?  That was the kind of ridiculous overreach that wasn’t exhibited in any of the at least 10 other cities where the guerrilla marketers left them, yet here, many of us lost a day of work or were stuck on trains for hours.  For better or worse, the blogosphere cracked the case before the BPD, city & state government, or the Feds had figured out what they were dealing with.  Nice job all around, folks.

And then there’s the 2013 Marathon Bombing.  Was that an act of terrorism?  Yes.  Would we call it that if the two brothers involved were white Christians?  Probably not.  See also: NAACP Bombing 1/6/15  Most likely, when a bomb is made and set by a white male, we see terms like “possible bias attack” being used.  But two tan skinned brothers who are Muslim (but who went to high school right here in Cambridge) attack the Marathon and they’re terrorists.  No questions asked.  I understand that nobody died in CO and people died here, but Boston’s reaction to the Marathon Bombing was epic.

The authorities quite literally shut down Boston, Cambridge, and Watertown at various times.  We couldn’t go to work, we couldn’t leave our houses.  It was surreal and strange and, at the time, it was more weird than terrifying or angering.  Then it was over, there were people to mourn and Boston Strong was everywhere.

And now this.  And one of the worst things about this?  Apparently the IOC found our response to the Marathon Bombing to be attractive.  Something that in the intervening time, and with the current consciousness surrounding nationwide problems with police brutality, we’ve begun to wonder about as a collective violation of our rights, the IOC finds ATTRACTIVE?  What the hell is going on here?

Dave Zirin of The Nation explains really well what’s happening.  The full article is here but I’ll quote some of it below.

“Please understand: the sports of the Olympics are beautiful. The commitment of the athletes involved is a constant inspiration. The rare highlighting of women athletes is the definition for many family [sic] of “must-see television.” But the sports do not come a la carte. They’re a shell game, a Trojan Horse for a neoliberal monstrosity. I have covered every Summer Olympics since 2004 in Athens, Greece. In other words, every Olympics since 9/11 when security concerns morphed into turning Olympic sites into police states. At each site I’ve seen debt, displacement and the militarization of space alongside spikes in police harassment of the most vulnerable citizens.”

In short, our city is being hijacked from us and it is the poorest and most vulnerable among us who will feel it the most.  A cabal of rich, white, plutocrats who stand to make a ton of money and will not be inconvenienced at all by this are pushing a private agenda to the USOC that is now going to the IOC.  If the IOC chooses us, we’ll be living in a police state for a year in the run up to the 3 week party that is the Olympics.  Neighborhoods will have to be demolished to build stadiums, a pool, and a velodrome.  Hotels, already at 90% capacity during the summer here, will be completely full and unavailable.  Residents will all lock up and get out of town  (See DNC 2004).  Those of use who don’t get vacation time or who work in jobs that can do things like “declare blackout” will do so and we’ll be forced to work or lose our jobs.

And then there’s the problem with the paramilitary security.  From Zirin:

“I spoke with someone connected to the International Olympic Committee who told me that Boston has rocketed to the top of their consideration list because of how the city was able to shut itself down after the Boston Marathon bombing. Few things expose the disturbing thought processes of the IOC quite like this logic. The post-marathon paralysis of police and surveillance and the frightening exercise of total power that was whipped out as quickly and lethally as a switchblade would become the Olympic-norm for three weeks. Anyone who felt a particularly neon-bright target on their back in those chilling days, because of their religion, their dress or the color of their skin, would have that affixed to them like a semi-permanent tattoo for a full year in the lead-up to the lighting of the Olympic torch.”

Worried about police brutality now?  Worried that our civil rights are being trampled on TSA-style now?  Just wait.  If the IOC chooses us as a host city, it’ll be like living at Logan Airport and dealing with militarized TSA agents everywhere.  “Got too dark a tan?  Lemme look in your bag.”  “I don’t like your attitude/skin color/beard/turban/jewelry.  Into the wagon you go.”

I don’t think I’d be this worried about it if it wasn’t for the fact that the bidding process has been entirely opaque.  We, the residents of Boston and the surrounding area, know absolutely nothing about the bid submitted to the USOC.  In the press conference this morning held by Hizzonor Marty Walsh, in which they were supposed to discuss details of the package proposed to the USOC/IOC, all that we got instead was more opacity, a grinning Fish, and promises for meetings with Boston residents but no chance to vote on whether or not we actually want to do this or not.  Chris Faraone sums it up really well right here.  Read it all and remember.

And, of course, our shiny new Guv had this to say on Twitter:

Pissed off?  So am I.  Wanna do something about it?  Good.

First thing: sign up here:  http://www.nobostonolympics.org/  These people are the driving force behind keeping this multi billion dollar civil rights boondoggle out of our city.  Help them and help yourself and your neighbors at the same time.

Next thing: If you’re not registered to vote, do it right now.  Massachusetts is still one of the easiest places in the nation to register and vote.  Once you’re on the rolls, your voice carries more weight with your elected officials.  Also, there is NO LINK WHATSOEVER between voter registration and being called to jury duty.  NONE.  Don’t let the fear of being called to jury duty stop you from being able to help save our city.

Last thing: Get vocal.  Show up at protests.  (There will be protests, I promise.)  Write letters, emails, blog posts, and tweets.  Tell anyone who will listen and even those who won’t that we do not want this.  Write to city, state, and local officials.  Write to John Fish.  Write to the Globe, the Herald, and your local papers.  Write with pen and paper or write electronically.  However you do it, make yourself heard.

Boston has plenty of rings already and, with all possibly respect to the Olympic and Paralympic athletes, we don’t need anymore. 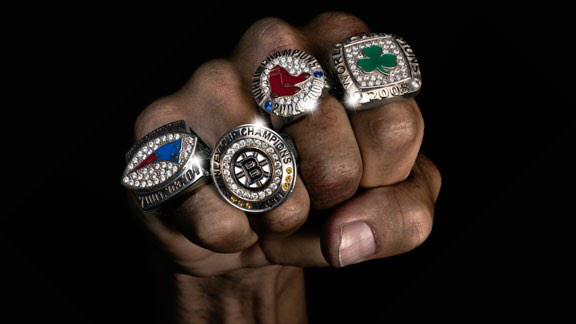 This site uses Akismet to reduce spam. Learn how your comment data is processed.

All posts, text, written material, photos, video, music, and or other material not otherwise attributed are copyright Kelly Hopkins and Geoffrey Michael. © 2011-2022 KellyandGeoff.com

Management is not responsible for personal injury resulting from sitting too close to the soprano, laughing too long, or splorting milk out of your nose on to the keyboard. No returns or refunds. Store credit only. Read at your own risk. Void where taxed, prohibited, restricted, or humor impaired. No user serviceable parts inside. Please ask a parent before calling. Made in the USA. WARNING: contains small parts and thoughtful, political, and LOL-worthy humor, product not intended for children under 3 years. If not completely satisfied please click here.
Follow The Books are Taking Over… on WordPress.com

Management is not responsible for personal injury resulting from sitting too close to the soprano, laughing too long, or splorting milk out of your nose on to the keyboard. No returns or refunds. Store credit only. Read at your own risk. Void where taxed, prohibited, restricted, or humor impaired. No user serviceable parts inside. Please ask a parent before calling. Made in the USA. WARNING: contains small parts and thoughtful, political, and LOL-worthy humor, product not intended for children under 3 years. If not completely satisfied please click here.
Loading Comments...
%d bloggers like this: