After filling out many applications for many different dogs, Kelly and I were finally approved for adoption of a lovely little girl.

Everyone, meet The Baroness Nymeria Frieda von Hopkins-Michael. Her friends call her Nymeria. She is a short-haired dapple red boar mini-dachshund weighing about 8 pounds with startling blue eyes. She came from a rescue called Out of the Woods Rescue.

Dash and Nymeria enjoy a sunbeam together in our kitchen near the door to the deck.

Like her dearly missed older sister, Thumbelina, she is a puppy mill rescue. Nymeria comes from Pennsylvania, in Amish country. She did not even have a name, just a tag that said “11”.

She was born in September 2016 so she is about 3 1/2 years old. So she is by far the baby of the household now, which is kind of ironic since she has had a litter of puppies every heat since she was able. This poor little girl lived in a rabbit hutch with a wire floor for pretty much her entire life, until she was rescued.

Still, she seems to be in pretty good shape considering all she has been through. She has her appointment with our vet scheduled this next weekend, but her foster mom, Chrissy, and the good folks at Out of the Woods did an amazing job with her initial shots, her spay, and her dental in which she lost17 teeth!

She is full of energy and has a great sense of curiosity. So far she gets along well with all the other animals. Just this weekend she touched noses with Violet, which was a huge and pleasant surprise. There were cats in her foster hom who she apparently ignored, but Violet was very concerned upon her arrival. But she doesn’t seem interested in chasing them, and so far she has only had a passing interest in them at all.

She and Dash LOVE to play together, and it’s great because now he will be worn out enough to go to bed without much fuss, the way he would after a long day of walking around at Brimfield.

She is named after Nymeria, one of the direwolves from ASOIAF/Game of Thrones, and after Frieda, a character from Peanuts by Charles M. Schulz.

The good folks at Out of the Woods Rescue sent us home with food, medicine, toys, and so much more. I can’t tell you how thankful we were for their treatment of our still scared but wonderful little girl. If you are so inclined, please celebrate with us by making a donation so they can continue their excellent work.

I have two shows coming up, one is this weekend!  If you’re in the greater Boston area you’re in for a treat.  I’m vending as a part of North Shore Vendor Events tomorrow and in March.  These shows feature people with handmade items, like me, and also people that own and run small business.  That means I’ll be featuring a LOT of “new” vintage items I’ve been collecting, fixing, and curating over the past few months.

END_OF_DOCUMENT_TOKEN_TO_BE_REPLACED

You are cordially invited to my first show of 2017.

END_OF_DOCUMENT_TOKEN_TO_BE_REPLACED

Geoff and I may not live in Cambridge anymore, but we still work there and it is my heart-home.  That’s why when a giant fire blew up in the middle of the city at the end of 2016 it felt not only like a giant slap in the face, we anxiously watched as people we knew, first responders primarily, fought to save the community we love.  Some of the people displaced by the fire turned out to be from MIT.  Nobody we knew personally, but the MIT and Cambridge communities rallied around them.

Collective memories are short, especially for tragedy.  That fire was at the beginning of December.  Other things have happened since then, and this next week is going to be a busy one in the US.  Happily, there are still benefits happening in and around Cambridge for the 125 people displaced by those fires.  Displaced is a really clean, clinical term for, “lost everything in a raging inferno from HELL.”  I know, I had to deal with the aftermath of the fire that killed my grandmother.  Once you’ve been through a fire you never, ever forget.

This weekend, if you’re around Cambridge and you can, help these folks out.  I can pretty much promise you they had the worst holiday of their lives, and they’re going to be rebuilding for years.  Here’s a really enjoyable way to lend a hand. 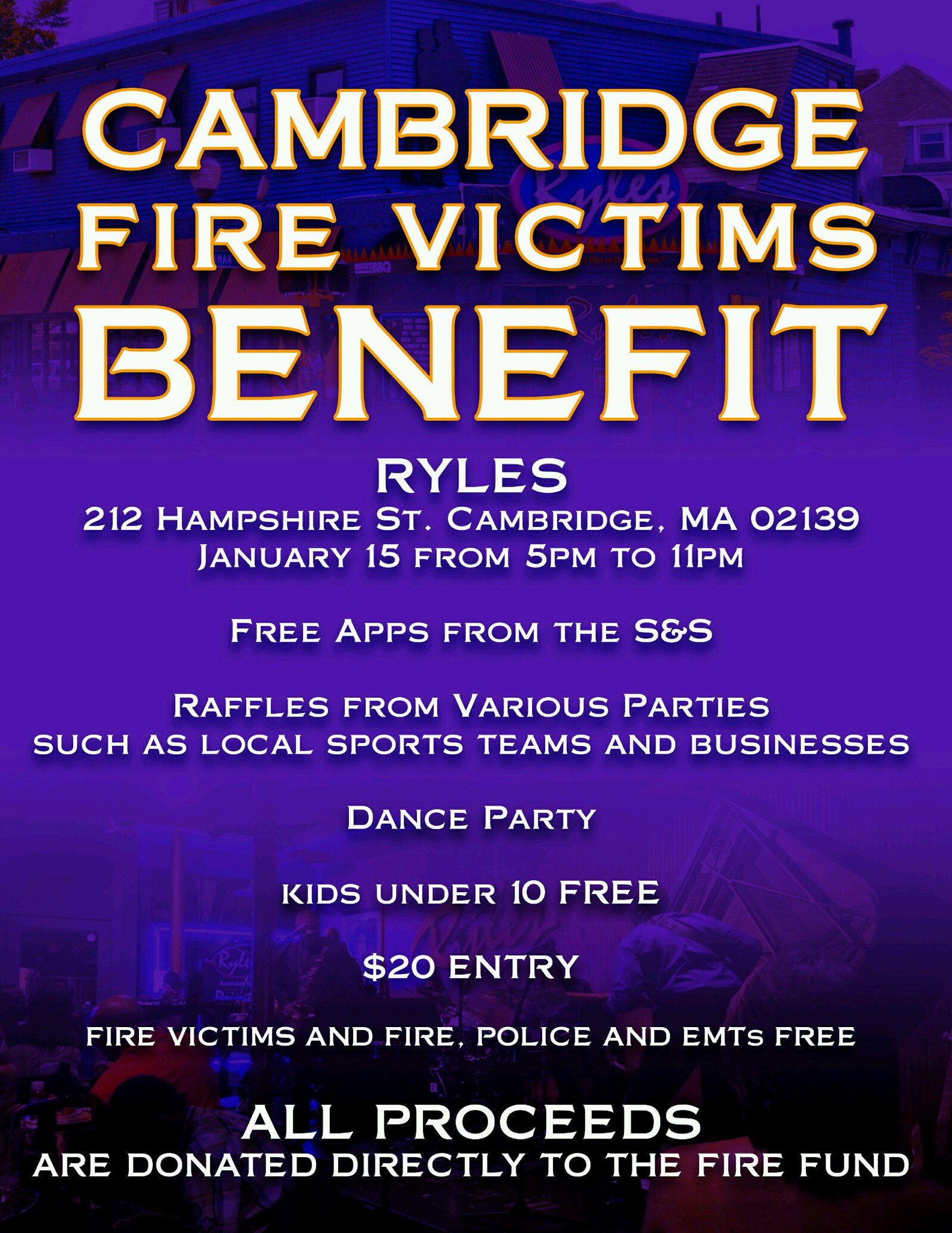 There’s even going to be time to go, enjoy yourself, and get home in time for the Sherlock S4 finale.

There has been a lot going on in the last few weeks.  I’m still sorting through the luggage, photos, and general wreckage of running around like a decapitated chicken.  But!  I have concert news for you that involves me, friends, coworkers, and perfect strangers that I feel the need to bring you.  So, I’m setting aside the work that needs to be done to share the details with you.  Please make sure to see at least some of these, they’re going to be great!

END_OF_DOCUMENT_TOKEN_TO_BE_REPLACED

Anyway, the BMC is loaded with great talent and with people who give their time and talent to not only give back to the community here in Boston but also but to raise money for others who need it, as well as to fund health care for those who would not otherwise have access to it.  I’m not performing in the concert listed below, the pianist/nurse/saint I’m performing with in October is.  Check it out.

Want to make a difference?  Here’s how.

That’s globalhealthneurology@gmail.com with questions or to volunteer.  To donate, click here.  The concert has a $20 ticket/donation at the door.

The Baskt Auditorium is in A Building at 72 East Concord St. Boston, MA 02118 on the Boston University Medical School campus.

The greater Boston community of Early Music folks is coming together tomorrow night to do something that, in my many years here, is pretty much unprecedented.  We’re getting together to give our time, talent, and treasure for the benefit of another musician.

Tom Zajac is a singer, multi-instrumentalist, and teacher.  He’s a musical powerhouse and also just a really nice guy.  As it sometimes happens with the vagaries of nature, he’s had a series of totally necessary medical procedures and uncomfortable surgeries that have left him unable to keep up with his usual number of gigs, teaching assignments, and concerts.  That means that despite what insurance is covering, he’s facing an income gap. 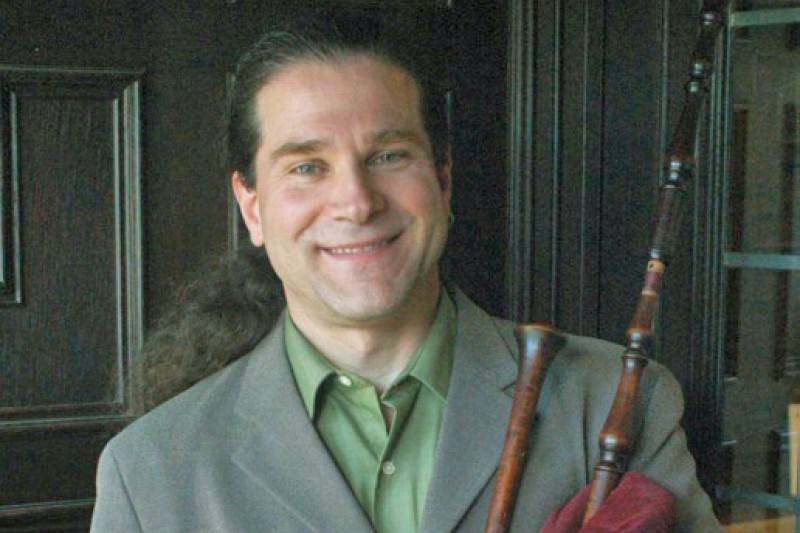 We’re trying to fix that.

Tomorrow night at 6:00pm as a part of the Boston Early Music Festival Fringe Concert Series friends of Tom Zajac will present Battaglia d’Amor: A Benefit Concert for Tom Zajac, an All Star Lineup of groups in concert at First Lutheran Church, Boston.  For those of you playing along at home, that’s 299 Berkeley Street Boston, MA 02116 in the heart of the Back Bay.

Are you ready for this?  This is the list of performers.  It’s like a rock star list of the early music groups from Boston and beyond.  Here they are, in no particular order:

If you’re planning on attending, please RSVP here.  We’re expecting this to be completely sold out and SRO.  Admission is a suggested donation of $20, though you’re welcome to give more if you are able.  All money will go directly to Tom.  Everyone, all performers, staff, the venue, and the publicity from BEMF, is all being donated on his behalf.  Everything.

If you can’t attend and would still like to help out, there’s a GoFundMe page set up here.  We’re almost at our goal.  If you can help out, please do.  Ideally we’d like to smash that goal to pieces.

I’ll be there tomorrow night working front of house on behalf of Cappella Clausura and Meravelha.  In advance I’d like to thank you for your help and for being a part of this fantastic community effort.

If you’re looking for something fun to do this Thursday and you’d prefer it to be something that goes toward a good cause and involves chocolate, I have the right event for you.

My friend, Peter Krasinski, will play live accompaniment, which will be entirely improvised on the fly, to the silent film Speedy starring Harold Lloyd.  There will be a champagne and chocolate tasting before the film and the proceeds of the evening will benefit the Episcopal Relief and Development Japan Earthquake Fund.  All tickets will be sold at the door so if you’re interested in going make sure to get there before 7:00pm.

Management is not responsible for personal injury resulting from sitting too close to the soprano, laughing too long, or splorting milk out of your nose on to the keyboard. No returns or refunds. Store credit only. Read at your own risk. Void where taxed, prohibited, restricted, or humor impaired. No user serviceable parts inside. Please ask a parent before calling. Made in the USA. WARNING: contains small parts and thoughtful, political, and LOL-worthy humor, product not intended for children under 3 years. If not completely satisfied please click here.
Loading Comments...